NCG CAM’s rest roughing can be done in two ways.

The user creates the first roughing toolpath from a solid block of material as previously described, in area clearance or core roughing. Rest roughing is then created automatically by selecting the next cutting tool, along with the previous toolpath(s). The rest roughing toolpath is created, eliminating fresh air cutting and only machining in the areas the previous cutting tool has missed. Another stock model can then be made with the combined toolpaths to show the progression. 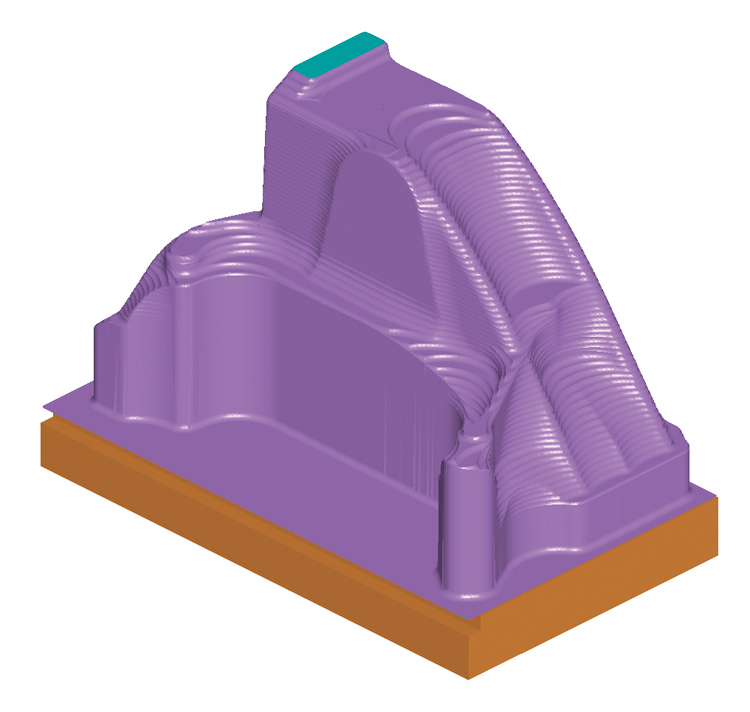 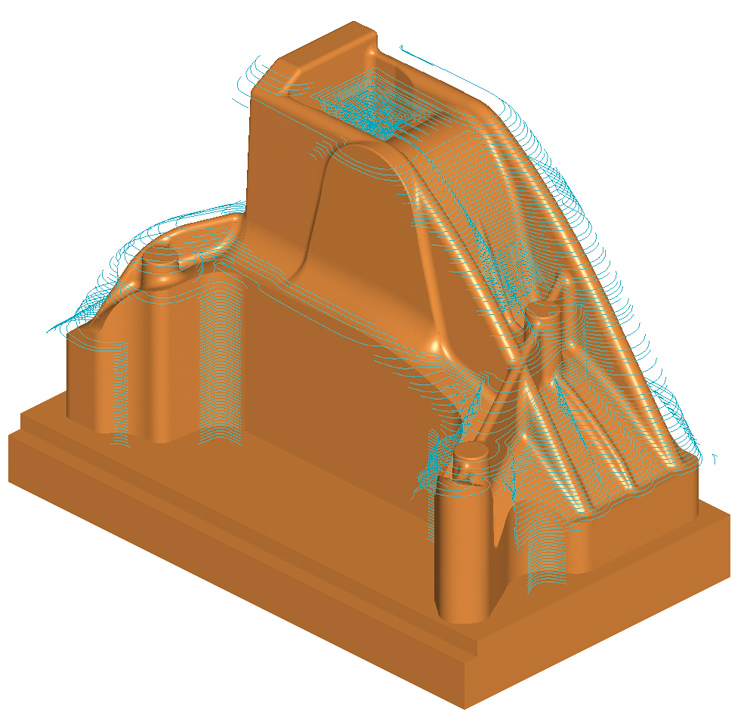 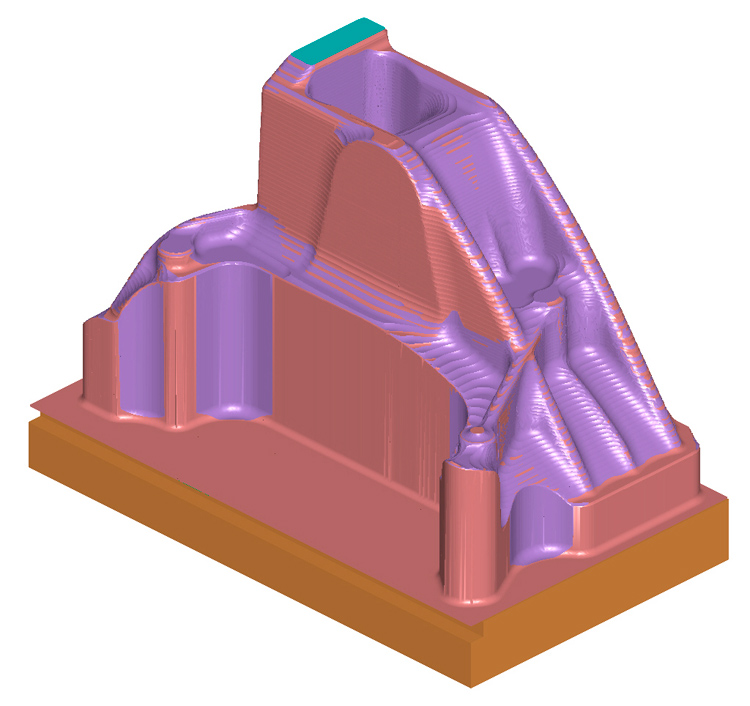 Rest roughing can also be used when machining castings. The passes can be trimmed back to another surface model such as the casting form seen below. The resultant rest toolpath is fast to create and cuts out multiple tooling operations, fresh air cutting and set-up time. 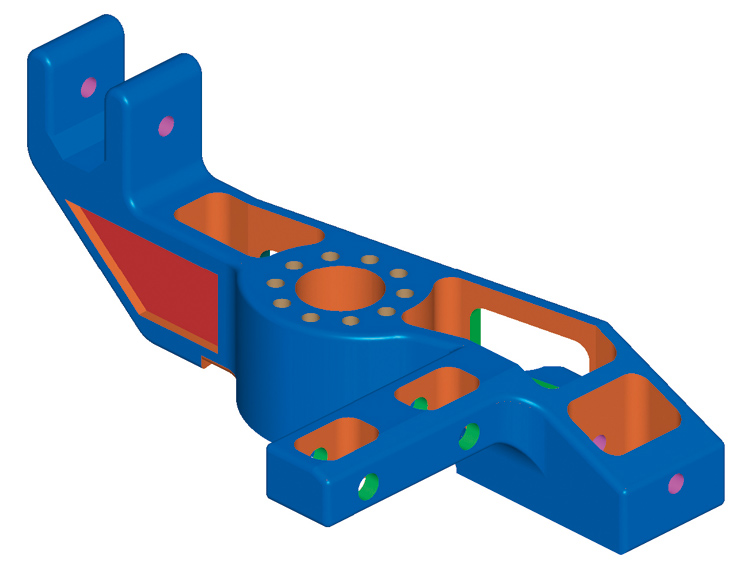 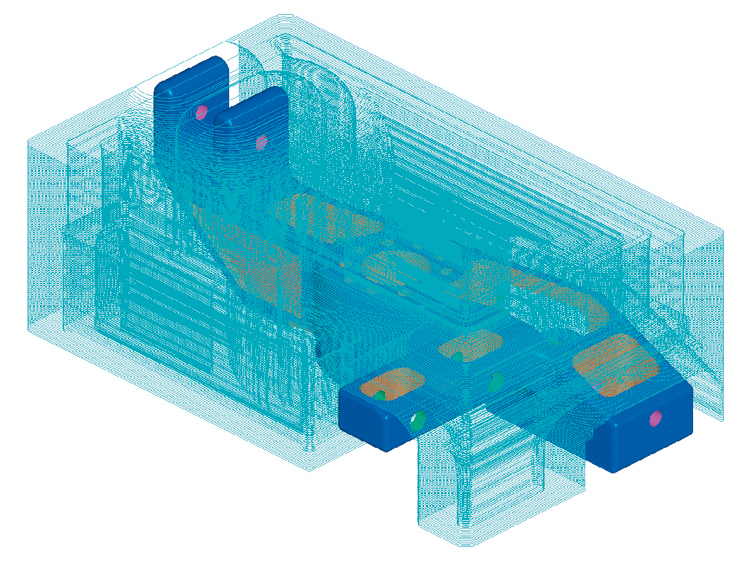 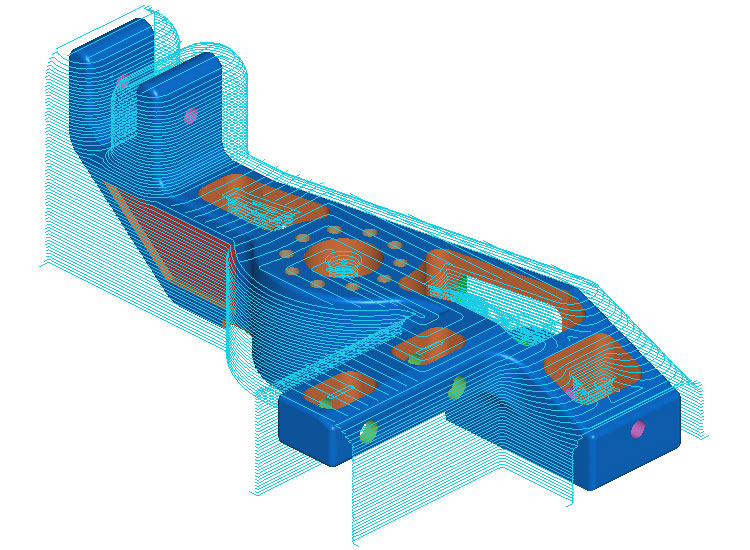 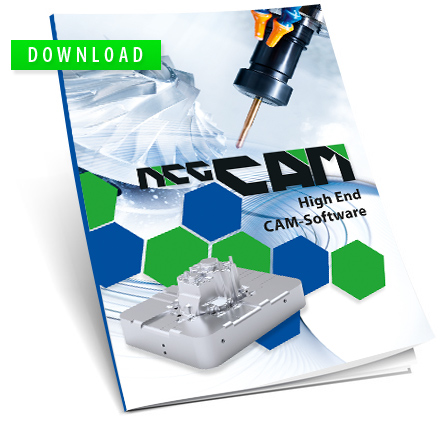 Cookies make it easier for us to provide you with our services. With the usage of our services you permit us to use cookies.
More information Ok Decline